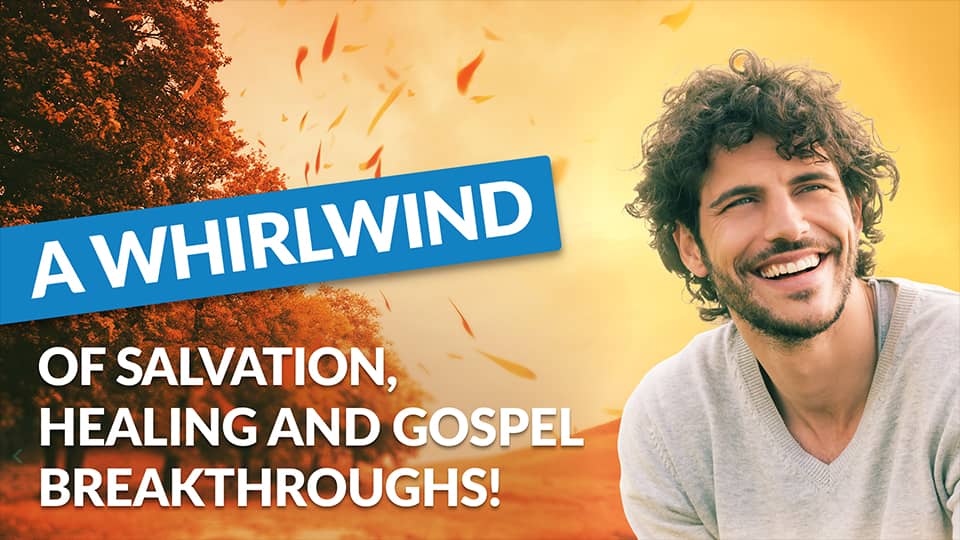 Just in the past few days, we’re experiencing a whirlwind of God’s Spirit moving in people’s hearts and bringing breakthroughs, healing, and salvation!

There are so many stories we couldn’t share them all, so even though this newsletter is longer than usual, we believe these highlights will encourage your faith!

‍Elijah* saw one of our evangelistic videos recently, sensed something special about it, and decided to call us. Our team member Yoni answered the Evangelistic Hotline.

During his army service, Elijah was in Jerusalem and saw people singing in the streets. When he spoke with them, they shared with him about Yeshua, Jesus, the Messiah. He connected with them for a while, but then later moved to Tel Aviv and continued his religious lifestyle.

He felt more righteous than those around him, and yet he’s gone through quite a few disappointments in his life recently. He remembered those meetings and said of them: “It was something real there. I miss those kinds of meetings. It felt like real faith.”

‍So he was excited to talk in depth with Yoni about Yeshua, the Scriptures, and the Gospel. Elijah was very open to learning more, and Yoni connected him with a congregation in Tel Aviv.

As we were writing the stories below for this update, the pastor of that congregation just shared with Yoni that Elijah met with believers from there, and in the midst of the meeting spontaneously asked if he could receive Yeshua as his Lord! Praise God!

Since then, he’s been reading the Scriptures every day and apparently taking his new faith quite seriously!

It’s beautiful to see the Body of Messiah working together to sow, water, and reap the fruit this harvest, including religious Jews like Elijah!

Miraculous Breakthroughs at the Friday Outreach

The following stories all happened in just one day. It was a very good Friday!

I had the privilege of going out with our newest team member, Rene, on our latest outreach to the poor on Friday. Rene is a gifted evangelist and has a heart full of compassion for the lost - and can share the Gospel in Hebrew and Russian. She’s answering our Pro-Life and Gospel helpline part of the week, and also involved in our outreaches and follow-up.

On the way to our first house, we saw a man with a broken arm, and offered him prayer. His arm was hurting at the moment, but when we prayed in Yeshua’s name, the pain suddenly left! He was quite amazed, and very open as we shared the whole Gospel with him. He gave his phone number and would love to meet with us to talk in more depth. As we were leaving, we saw him walk over to his friends and excitedly share how Yeshua had healed him!

‍Then we went to the first house, and the lady there, Olga*, is a new immigrant to Israel going through many challenges. When we shared the Gospel with her, she was so touched she was almost in tears, and said that she definitely wants to talk about Yeshua in more depth. We told her about a Russian-speaking home group in our congregation, and she was excited to join!

‍After leaving the house, someone contacted us on the Pro-Life and Gospel hotline. Since it was a man, I spoke with Yisrael*. His girlfriend had an abortion about nine years ago, and then later they broke up. He said that since then he has dropped into deep depression and has many different pharmaceutical drugs. “My whole house is a pharmacy,” he said.

Then he added, “But I saw your video and you said that it’s possible to find healing after abortion. Can you help me?”

‍We couldn’t meet him on that Friday, but we did meet a few days later and had a powerful and touching meeting (Lord-willing more about that in a future update!).

On the way to the next house, a young woman named Shlomit* called and Rene answered. She said, “I just found out yesterday that I’m pregnant and I really don’t know what to do. I started thinking about an abortion, but then I actually decided to look up on Youtube ‘why not to get an abortion.’ I found your video and you said you could help people with unplanned pregnancies.”

Rene responded, “You came to the right place, Shlomit!” She talked with her in more depth later, and Rene connected her to a pro-life counselor in her area, who said that they already met and had a wonderful talk.

At the last house, it turns out that Rene actually knew the lady and had shared the Gospel with her years ago but hadn’t been in touch as much recently. She was glad to see us, and shared some of the struggles she had been through.

‍She had a heart surgery recently where she almost died. After comforting her, we commented, “Sometimes events like this cause us to think about what will happen when we die,” and had a great conversation with her about life after death and the Gospel. At the end we asked if we could pray for her heart, which was also hurting right at the moment. She agreed, and Yeshua again healed her on the spot!

‍The other teams that went out with us at the outreach also experienced some great breakthroughs. Eliel’s team shared the Gospel and their testimonies with Talia*, and they could see in her eyes that she was deeply impacted. They talked about how we have to “get down from the throne of our heart and let Yeshua reign as King,” then went into the stairwell and were surprised to see a chair that looked like a throne! Talia said she wants to visit our congregation.

‍They also met with Alina*, who’s been quite closed to the Gospel over the last year, but they still visited each outreach and showed her God’s love practically. Last month they were able to share in more depth, and when they asked if she wanted to receive Yeshua, she said she’d think about it. Then this month when they visited, she had the New Testament on the table in her dining room. Apparently she’s been really considering the Truth.

‍Then they visited Alexa*, who recently came to faith through these outreaches. Her husband has been open but has not decided yet to receive Yeshua. He’s also had lots of difficulties at his work, including people who cheated him. Last time the team prayed that he would receive a good new job.

Then this time she shared, “My husband just got a great new job!” Then Eliel reminded her, “Remember that we prayed specifically for that last time?”

She suddenly lit up, “Oh, right!” It really sunk home for her that God does answer prayer!

‍Another team shared the Gospel with a man named Ivan*, and then asked if they could pray with him. He agreed, and during the prayer he started to weep.

‍He said, “What is this I’m feeling?” They answered, “It’s the Holy Spirit!” He was deeply moved by God’s presence there and they tell that he is very close to receiving Yeshua!

Please pray with us: 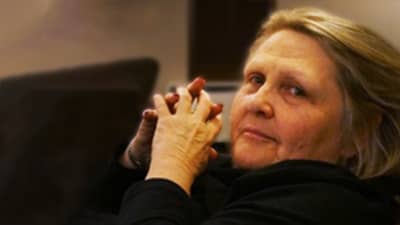 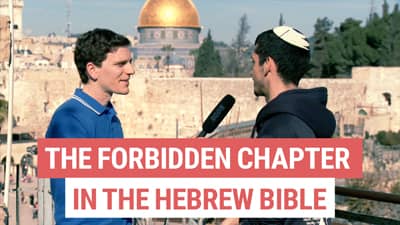 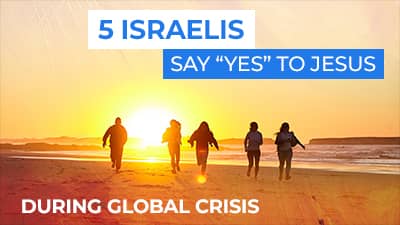 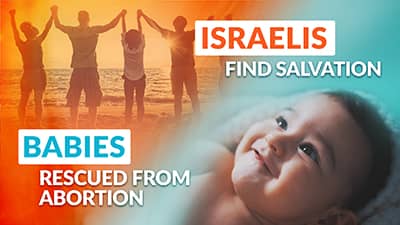 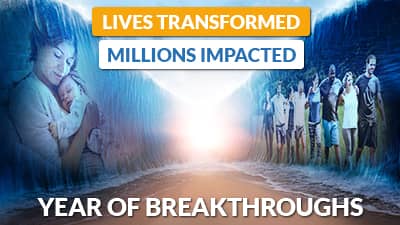 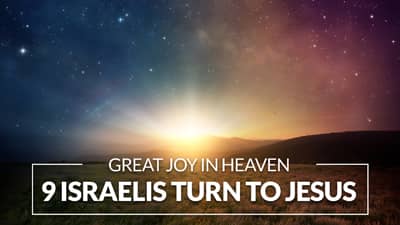