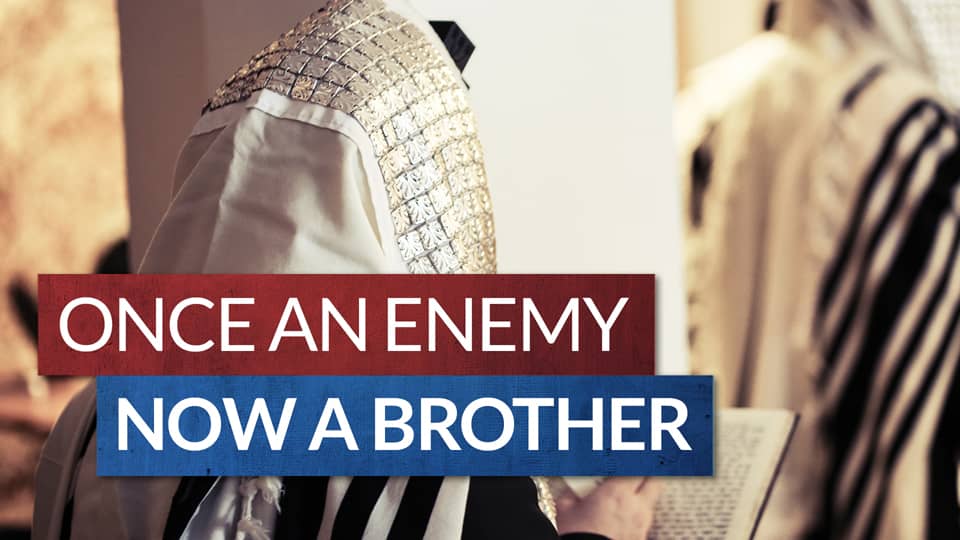 Noam, from a religious Jewish background, saw our evangelistic videos and started spewing out curse words at us. But then something beautiful happened.

Noam (name changed for sensitivity reasons) grew up with a religious Jewish education and hated anything having to do with Jesus, Yeshua. When he saw our evangelistic videos on Facebook, he started cursing us publicly and in private messages.​

But as we answered his objections (sometimes it was a test of patience!), slowly something started to happen. The curses were replaced with honest questions. The hostility was replaced with a genuine search.

Two years passed like this. Then suddenly, one day we received an order for a few New Testaments. Someone wrote that he wanted to give out some copies to friends, but since it’s impossible to find them in bookstores in Israel, he asked us for them.

So we called, and...it turns out it was Noam! Not only had his heart softened, but he had actually come to faith in Jesus, Yeshua, and wanted to share his new faith with his friends!​

He told us that our videos and our conversations with him helped to understand who God really is. “I really appreciate what you’re doing – it’s wonderful work!”

We were really touched to hear him say, “I want to apologize and say I used to be like many others and used to oppose you. I used to curse you on Facebook. I’m really sorry.”

We responded, “What’s beautiful about Yeshua is that there’s always a place for forgiveness. We’re brothers now.

”​He continued, “I was searching all over, but now I’ve found the Truth and I’m certain of it. I’m really glad God showed me the Truth.

”​Please pray for Noam and many others like him from religious backgrounds who have come to faith but are facing major opposition from family and friends – that their faith would flourish, that they'd be bold to put Jesus, Yeshua, above everyone else, and that their witness would have an impact on their community.